ACT IN THE PUBLIC HEART: A Lawyer’s Journey 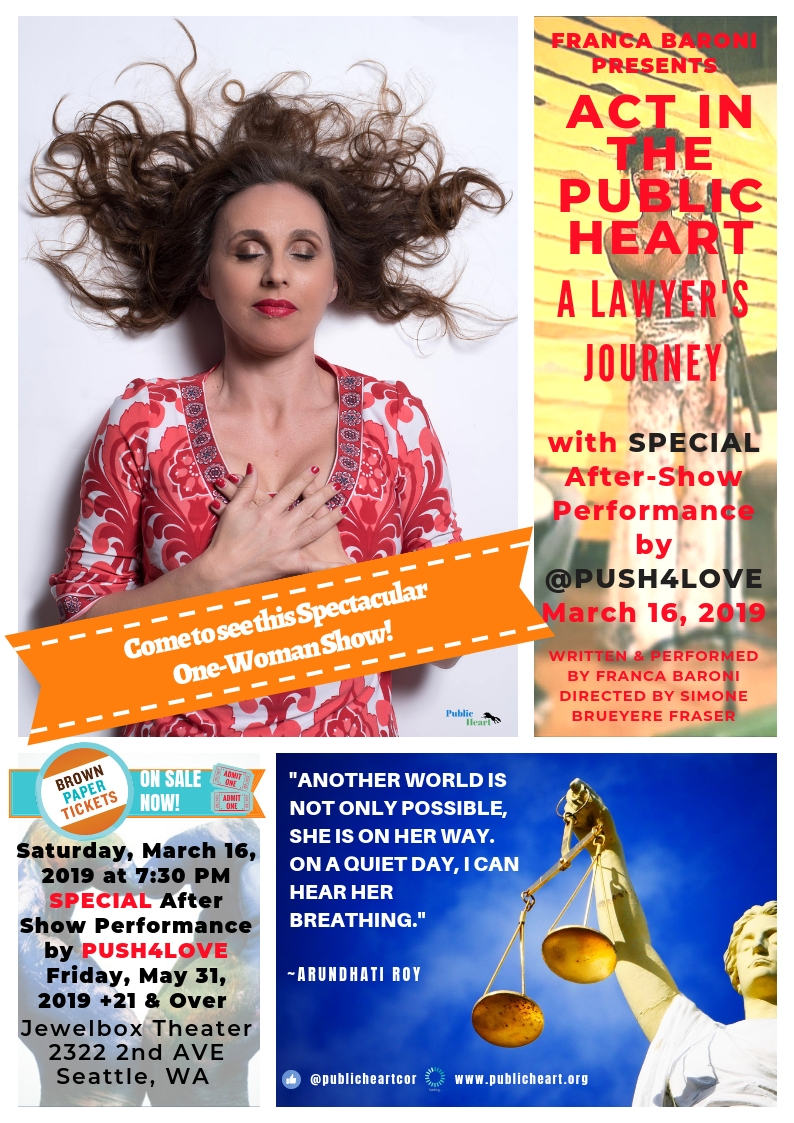 ONE HOUR, ONE CHAIR, ONE WOMAN. Described by audience members as “magnificent, compelling, relevant, magical, life-changing, brilliant, extraordinary…” and much more, Franca Baroni’s one-woman show is coming back to The Jewelbox Theater after acclaimed shows in the Winter, Spring and Fall 2018. Act in the Public Heart is a true story and personal and collective quest for justice centered around six scientific discoveries about the heart. It is a delicate mix of drama and comedy about how a lawyer grappled with identity, trauma, belonging, immigration, disintegration, freedom, and justice while discovering the Public Heart, a liberating silver lining for the challenges facing our communities and countries. Be prepared to explore what has the potential to transform us and tackle some of the most complex problems of our time.

“In a world that can feel disconnected, limiting and callous, Franca Baroni ’s piece galvanized me to show up in my life with a renewed sense of openness, courage and zest to metaphorically and physically get out of my chair and dance. Act in the Public Heart was thrilling, refreshing, raw, courageous, playful and deeply moving.” ~ Rianna Hidalgo, Student

The March 16 show is followed by a concert by the neo-soul alternative group Push4Luv.

For more information go to https://publicheart.org.