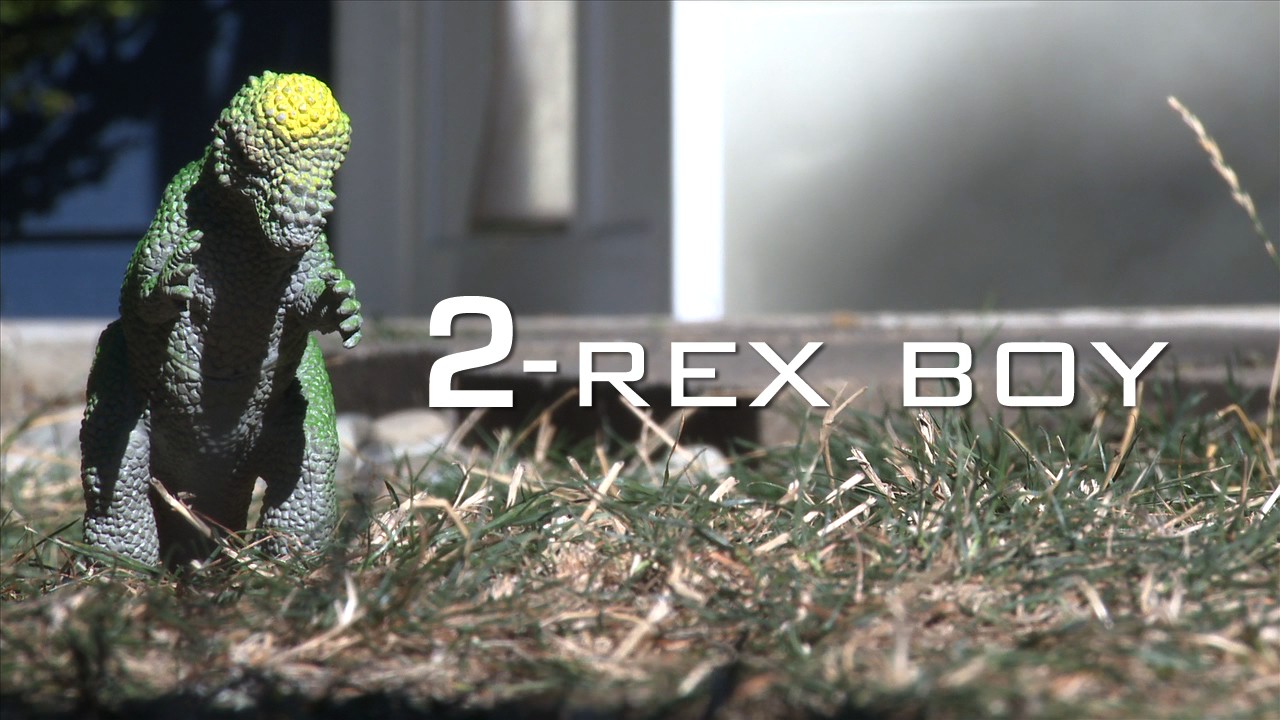 Screening the original T-Rex Boy short film and then followed by the sequel, 2-Rex Boy. Mad Scientist creates a dino-humanoid creature, which launces a Y-Files case in the lowest division of the FBI.

Grab yourself a beverage from the bar and place a food order for the show!

1. Computer Face – Crab Legs (1 min) – A pair of sock puppets place an order for some crab legs, but get chicken.

3. T-Rex Boy (25 min) – When a little girl steals the prize from a cereal box, she sets this sci-fi mystery into motion, as Mad Scientist creates a dino-humanoid creature, which launches an FBI Y-File case for Agent Duck Mallard.

4. 2-Rex Boy (37 min) – 25 years later, reports resurface that Mad Scientist has returned and the unsolved Y-File case is further investigated by Agent Dog Doggit as he is dispatched to the wilds of the Pacific Northwest, as a group of young kids also investigate the mystery.

5. Walk The Batman (15 min) – This Mash-Up explores the following: On stage, he is Johnny Cash, the Man in Black. By night, he’s the man in the black Batman suit who crusades around high on drugs and alcohol. Will Johnny Cash face his addictions of being Batman and also save his true fans locked behind bars at Folsom?

After the show, head back to the bar & enjoy a cocktail and chat about movies!